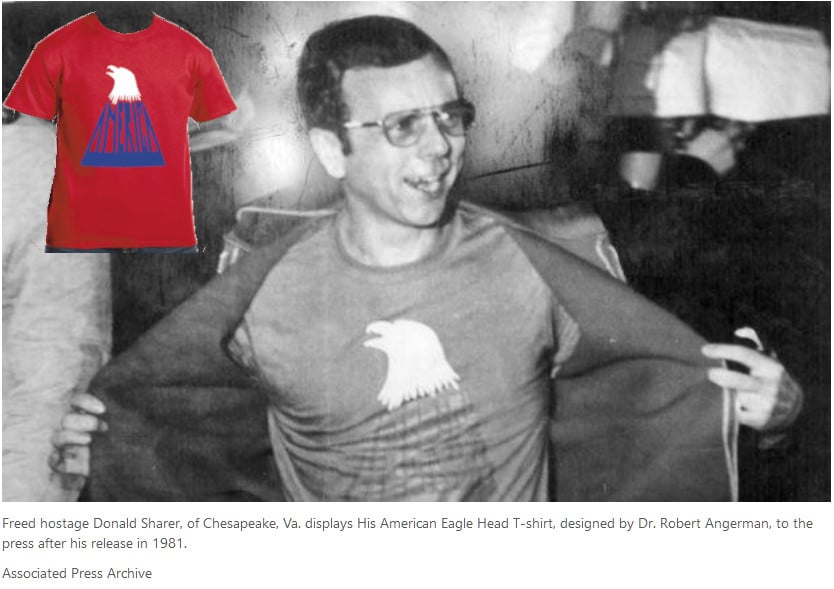 An authorized edition of the late 70's / early 80's t-shirt designed by Dr. Robert Angerman in 1978 as a tribute to the Americans taken hostage in Iran in the same year and released on January 20th 1981, inauguration day for President Reagan. 2021 marks the 40th anniversary of this event!
2020 is one of the most difficult years the US has ever had and definitely the hardest year for most of us. But just as we were "all in this together" at the beginning of this crazy pandemic, we are still all in this together even through the aftermath and as a nation there is no better way to show that than with this awesome vintage shirt.
10% of every sale goes to the VFW, support our veterans!